The Latin Quarter is an area with a long history. The Romans came here in 52 BC. The Cluny Museum is a well preserved remaining of that period. In the 12th century, the University of Paris was housed in the Notre Dame area and The Sorbonne (university) was founded. Latin became the official language till 1793. Nowadays the Latin Quarter is full with (student)cafes, restaurants and small shops.


Attractions in the Latin Quarter 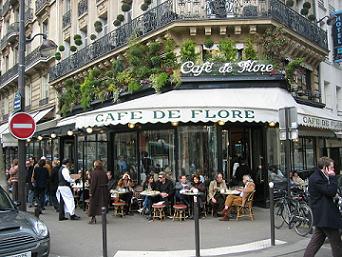 Cafe de Flore is a famous cafe on the Boulevard Saint-Germain.

The three star hotel Cluny Square is in the middle of the Latin Quarter. Closeby are Musee de Cluny and Luxembourg Garden. To the metro station is 150 metres. Distance to the Notre Dame is 7 minutes walking. More than 1915 reviews (7.7). Hotel Agora Saint-Germain has a classic design. The property is 500 meters from Notre Dame Cathedral. More than 2040 reviews (8.1). 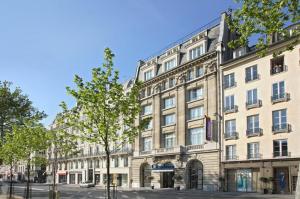 Citadines Apart’hotel Saint Germain Des Pres. Situated on the banks of the Seine River opposite the Notre-Dame and Pont-Neuf.