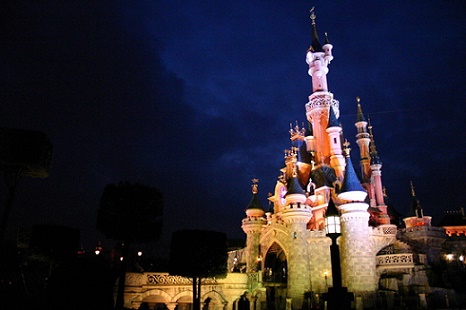 RER trains are fast rail lines crossing Paris and serving the suburbs of the city. There are 5 RER lines (A,B,C,D and E) and they are connected with the metro lines in Paris city. On maps of Paris are the lines with numbers metro lines and the lines with letters are the RER lines.

From central Paris to Disneyland (RER A)

The RER A line is the train to Disneyland. It has several stations within Paris city center. Passengers can board the train in metro station La Defense, Chatelet Les Halles, Nation or in railway station Gare de Lyon. Pay attention that you don’t take the wrong RER train. The RER train to Disneyland has as end station Marne-la-Vallee-Chessy (A4). Another RER line also goes in the same direction as Disneyland but turns to Boissy-Saint-Leger (A2). 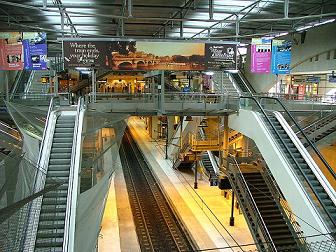